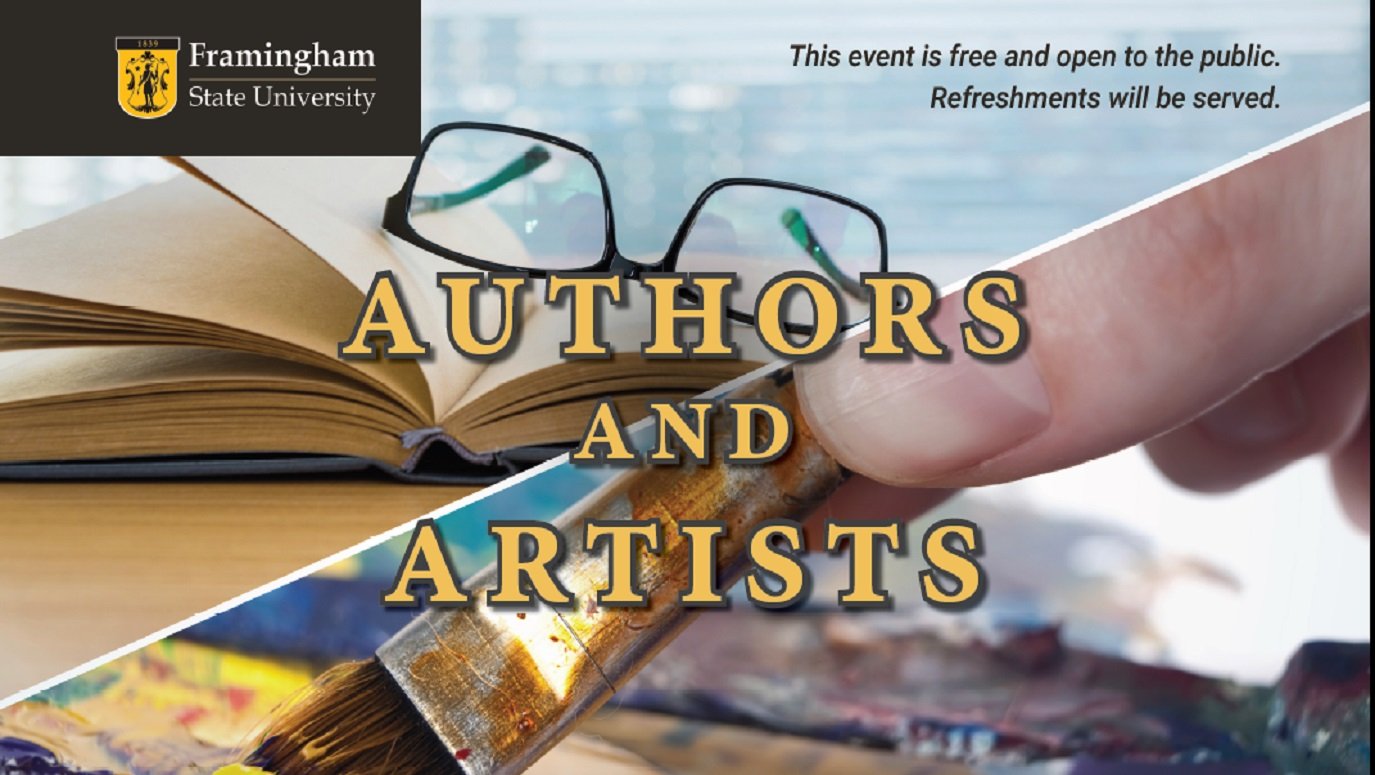 In the years following Hitler’s rise to power, German Jews faced increasingly restrictive
antisemitic laws, and many responded by fleeing to more tolerant countries. Cities of
Refuge compares the experiences of Jewish refugees who immigrated to London and
New York City by analyzing letters, diaries, newspapers, organizational documents, and
oral histories. By highlighting a disparity between integration and identity formation,
Lori Gemeiner Bihler challenges traditional theories of assimilation and provides a new
framework for the study of refugees and migration.

Professor Ani Gjika’s translation of Negative Space, a double-volume of poetry by the
Albanian writer Luljeta Lleshanaku, is now one of five finalists shortlisted for a PEN
Poetry Translation Prize! The winners will be announced on February 26 at the 2019
PEN America American Literary Awards Ceremony, held at the New York University
Skirball Center.

Scott Langley, a photojournalist and human rights activist, discussed the “intense and barbaric” aspects of the death penalty as he presented his slideshow “Timeline of an Execution” in the McCarthy Forum on Feb. 27.

The photos are from different executions that occurred in Arkansas, Texas, North Carolina, Georgia, and Europe. The presentation consists of photos taken inside and outside the prisons, crowds of protestors and supporters, as well as photos of the prisoners’ family members.

Langley recalled the first time he photographed a prison during the night of an execution, “I didn’t really know what to expect, but I knew I just wanted to go stand outside the prison, see what was happening, and take photos.”

After driving over three hours to Huntsville, Texas, with a camera in his trunk, Langley said he arrived to a “dismal” scene as no media, photographers, or film crew were in attendance.

“There were six people outside the prison during execution. That’s how much of a common, normal routine this was in Texas,” he said.

Langley said during this time in Texas, executions were happening as often as once a week as George W. Bush was the governor and oversaw more executions than any other governor. Nationally, he said, executions happened twice a week.

He said as a sociology major, he never had a personal opinion about the death penalty, but his perception changed at 6 p.m. the night he drove to Huntsville and observed the brick building where executions happen. He said he watched as the minute hand ticked closer and closer to six, the time of execution in Texas.

“Literally, across the street from where I stood, someone was dying. A prisoner was being killed by the government. And I never really thought of it in those very visceral terms,” he said.

Langley said it was from that point he knew he wanted to be an anti-death penalty activist.
During his presentation, Langley told the story of death row prisoner, Troy Davis. As a young black man, Davis was convicted of killing an off-duty white police officer. Langley said there was no weapon or DNA evidence to corroborate the conviction - only the testimony of nine eyewitnesses.

He said seven of the nine witnesses later recanted their testimony, stating they didn’t actually see Davis commit the murder. Some witnesses claimed to be forced by the police to give testimony during the trial.

Langley said it took 54 minutes for the execution team and a doctor to set an IV in Davis. He said the process of putting a prisoner to death can take as long as two hours, adding to the trauma of the death penalty. He said most pharmaceutical companies now refuse to sell execution drugs to prisons which leads to other methods of execution such as firing squad, death by gassing, and electrocution.

Langley said the U.S. is the “only western democracy that retains the practice” of the death penalty. He asked, “What does the death penalty teach us? That killing is a response to killing? That retaliatory violence is an acceptable means of addressing conflict? It’s clear it’s an endless cycle.”

Humans have long imagined alien worlds beyond our solar system. However, in recent years, science fiction has become science fact. Join us for a presentation of Undiscovered Worlds, a fulldome film produced by the Charles Hayden Planetarium at Boston’s Museum of Science. Undiscovered Worlds reveals the ingenious methods used by astronomers to identify planets orbiting stars beyond the Sun, culminating in the historic Kepler mission, which has detected thousands of these “exoplanets” over the last few years.

After the film, join us for a discussion of the latest news from Kepler’s successor: the Transiting Exoplanet Survey Satellite (TESS). We’re thrilled to welcome Roland Vanderspek, Principal Research Scientist at the MIT Kavli Institute for Astrophysics and Space Science, and deputy principal investigator for TESS. TESS, launched in April 2018, is sure to reveal thousands of additional worlds, further changing the way we view our place among the stars. Dr. Vanderspek will report on the results of TESS’s first few months of observations.

The splendor of Andean folklore comes alive with New Inca Son. The group has performed its ancient melodies and dances in such diverse places as Red Square in Moscow, historic Teatro dal Verme in Milan and the Winter Olympic Games in Salt Lake City, Utah.

Award-winning performer and playwright Melinda Lopez (Mala, Sonia Flew, Becoming Cuba) brings her uniquely powerful voice to FSU as she performs selections from her work and discusses creating work for Latin/x performers and her new adaptation/translation of Lorca’s Yerma, which opens May 31, 2019, at the Huntington Theatre.

Wernher von Braun, who led both the V-2 ballistic missile and Saturn V moon rocket projects, has often been reduced to a stereotype: either as the great pioneer of space or a Nazi villain. From Dr. Neufeld’s research, a much more ambiguous and complex figure emerges, instead.

Is your piggy bank too big? International Reserve Accumulation in Latin America

Like most emerging economies, Latin American countries have accumulated large sums of international reserves over the last few decades. These reserves are typically seen in the literature as serving a precautionary motive—a liquidity buffer against unforeseen changes in the international trade and financial flows to the country. These resources, however, do not come cheap. In this lecture, Dr. Rosero will summarize some of his recent research findings on the effectiveness of international reserve accumulation as a method for promoting macroeconomic stability, as well as potential implications for regional integration in Latin America.

The Lawyers’ Committee for Civil Rights Under Law, a nonpartisan, nonprofit organization, was formed in 1963 at the request of President John F. Kennedy to involve the private bar in providing legal services to address racial discrimination.They recently partnered with the Fund for Leadership, Equity, Access and Diversity (LEAD) Fund to conduct a study to better understand what is unfolding on college and university campuses; this study provides insight into the prevalence of hate and bias incidents on campuses.

In this presentation, they will discuss:

-What hate looks like, the affect that hate has on targeted communities (including the effect on the broader campus community).

-Define the differences between hate incidents and hate crimes.

-Provide an overview of federal and Massachusetts state hate crime laws, and what you should do if you experience hate.

Join us for the annual Miriam Levine Reading, this year featuring author and poet Chen Chen.

His work has appeared in many publications, including Poetry, Tin House, Poem-a-Day, The Best American Poetry, Bettering American Poetry, and The Best American Nonrequired Reading. Recently, his work has been translated into French, Greek, Spanish, and Russian. Poets & Writers Magazine featured him in their Inspiration Issue as one of “Ten Poets Who Will Change the World.” He has received fellowships from Kundiman, Lambda Literary, and the Saltonstall Foundation.

Chen earned his MFA from Syracuse University and is pursuing a PhD in English and Creative Writing as an off-site Texas Tech University student. He lives in frequently snowy Rochester, NY with his partner, Jeff Gilbert and their pug dog, Mr. Rupert Giles.

Chen is the 2018-2020 Jacob Ziskind Poet-in-Residence at Brandeis University.

Please save the date for a special science symposium where research performed by faculty and students in connection to the Framingham State Food Study will be presented to the community!

Spanish Language Table is back! We are now meeting every other Thursday at the Dining Commons (McCarthy Center), 5:30-6:30pm. This semester we have new hosts, guests, delicious recipes (Gracias, Sodexo!), and a lot to learn together. All levels of Spanish are welcome. So, keep calm and practica Español!

Take a look at our schedule below and save the dates:

Spanish Language Table is possible thanks to the collaboration between the department of World Languages and Dining Services. For students, faculty and staff not on a meal plan, please RSVP contacting Everton Vargas da Costa:evargasdacosta@framingham.edu

Wednesday Employer Showcase Series, McCarthy Campus Center Lobby, 9:00AM – 5:45PM:
Employers showcase their organization every Wednesday in the McCarthy Center lobby by the
Welcome Desk. Their goal is to network with FSU students and recruit students for full time or internship opportunities. Stop by their table in order to learn about new internships and job opportunities!

YMCA Career Day and On Campus Interviews, Wednesday, April 10, 2019, 10:00 a.m. – 5:00 p.m., MC Lobby and Foster 102 (Interviews)
Paid internships and professional positions. On the spot and scheduled interviews. Pre-Registration is through the CSER Office. Call 508-626-4625 for more information and to register. Bring resumes and dress professionally.

MERC Education Fair, Thursday, April 18, 2019 , 9:00 a.m.– 2:30 p.m., at B.U.
Come to the largest education fair in New England - Over 100 school systems and agencies attend! Save the date for this annual recruiting event that brings together teaching candidates and school systems across the country for networking and job opportunities in public/private schools. Must register at: www.merccareerfair.com