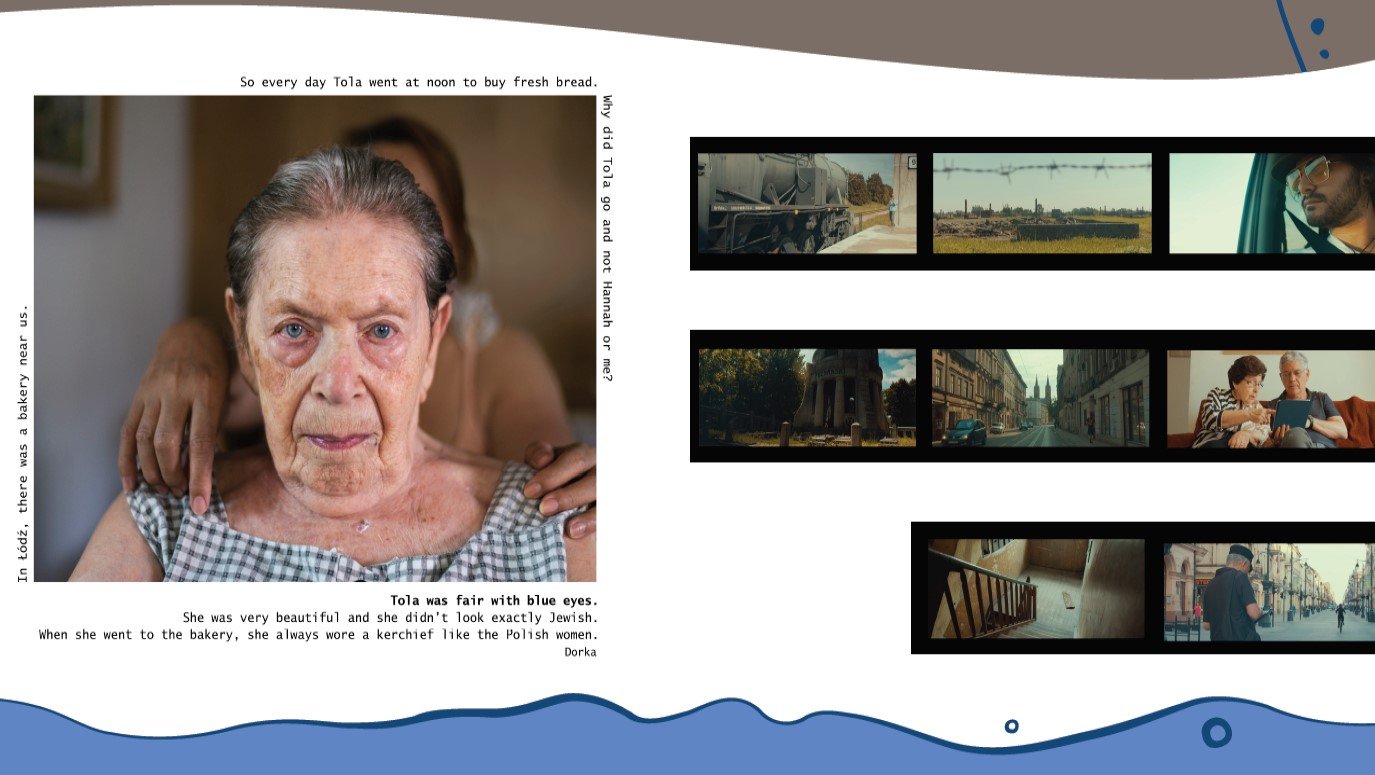 Looming in the Shadow of Łódź

Looming In the Shadows of Łódź

Presented by Professor Leslie Starobin, “Looming in the Shadows of Łódź” weaves together film clips, photographs, and oral history narratives to reveal how memories and stories of the Shoah affect multiple generations of one family. Notably, the cinematographer, Ori Segev, is the grandson of Holocaust survivors. This event will be moderated by Professor of History, Lori Gemeiner Bihler.

This is a great opportunity to talk about systemic racism in our society. Registration for the event is available on the Arts and Ideas website:

Just Mercy (2019) is an unforgettable story about Bryan Stevenson, a young African American lawyer challenging the Alabama legal system over its wrongful conviction of an innocent man sentenced to death. Based on a true story with phenomenal performances by Jamie Foxx and Michael B. Jordan, this is a must-see.

The Chris Walsh Center for Educators and Families of MetroWest is pleased to announce two programs as part of National Epilepsy Awareness month. One of the center's undergraduate interns, Anni Xie, is organizing these events, and will also serve as a panelist as well to share her personal experiences with epilepsy. The events are free and open to the public.

The panelists will talk about how their experiences with epilepsy impact them on a day to day basis. They will talk about the challenges they faced, and how they manage them. They are willing to answer any of your questions regarding the epilepsy condition. There are 3.4 million people that live in the world with active epilepsy. Come hear about what it is like to have epilepsy and how you can help those with this condition.

Looking for an internship next semester?

The People vs. The Electoral College: Presidential Elections in Historical Perspective

“The People and the Electoral College: Presidential Elections in Historical Perspective,” a conversation with Rachel Shelden

In 1787, the drafters of the Constitution created a multi-step system for electing the President of the United States through a group of electors, who collectively have become known as the Electoral College. As designed in Article II, the system did not envision a popular vote for the nation's chief executive. Though elections have become more democratic in the centuries since, the vagueness inherent in the system created through the Constitution and its amendments, as well as federal law, has caused conflict and outcry numerous times in American history. In this conversation, we'll explore the historical development of presidential elections in particular through contested elections from 1800 to the early twenty-first century.

Rachel A. Shelden is Associate Professor of History at Pennsylvania State University and the Director of the George and Ann Richards Civil War Era Center. She is the author of Washington Brotherhood: Politics, Social Life, and the Coming of the Civil War (2013), which received honorable mention for the Wiley-Silver Prize for the best first book on the American Civil War and was a selection of the History Book Club.

Heidi Lau grew up in Macao, and currently lives and works in New York. Her practice engages in the making of minor history, the recreation of that which has been lost to time and man. Her ceramic work is modeled after tokens of remembrance—ritual objects, funerary monuments, and fossilized creatures—which are infested, deconstructed, and rebuilt by hand. Reconfiguring fragmented personal and collective memories, she makes collections of symbolic artifacts and zoomorphic ruins as materialization of the archaic and the invisible. In the process, she reenacts the non-linearity and materiality of the past, molding a tactile connection to the disappearing, impossible identity of home: Taoist mythology, folk superstitions, and Macau’s colonial history provide essential source material for her exploration of transcendental homelessness, displacement, and nostalgia as the condition of contemporary existence.

Making Sense of the Election Results

A panel discussion and Q&A with Dr. Judith Otto from the Geography Department and Dr. David Smailes from the Political Science Department.

Faculty members will share their perspectives and take questions from the audience.

To learn more, or to register, visit: https://cm-center.org/cmconline

Celina Chan RD, LDN, CLC is a registered dietitian and certified lactation counselor. She graduated from the University of Massachusetts Amherst with a degree in Nutrition and completed her Dietetic Internship at Keene State College in New Hampshire. For the last four years, she has been dedicated to working in the specialty area of Pediatric Nutrition. Her experience began at Boston Medical Center, which involved caring for infants and children with malnutrition, prematurity, drug exposure, and complex newborn course in the outpatient setting.

She has conducted in-home and school visits for her patients as a continuation of their medical nutrition therapy. Her passion for community and clinical nutrition go hand-in-hand. Celina has volunteered at breastfeeding support groups (“baby cafes”) in the Boston area through the Vital Village Network. Her love for pediatric nutrition has continued to evolve through her current role at Boston Children’s Hospital. She cares for a wide range of pediatric patients, from infancy to adolescence, with a diverse range of medical conditions including enteral feedings, autism, failure to thrive, overweight/obesity, congenital abnormalities, allergies, picky eating, feeding difficulties, and more.

Register for Zoom Links at: https://docs.google.com/forms/d/e/1FAIpQLSdnp3h6pglGIwAZOhSAYIFUQyzWyZra1HYiPt-y6OmTT3Mf5g/viewform

The Independent Association of Framingham State Alumni (IAFSA) located at 42 Adams Road, Framingham is hosting a series of Coffee and Conversations. The series will continue November 19th with Kathy Hursen.

Kathy Hursen is a public health nurse and has done extensive research on the history of health related issues in the community. She has given presentations on the Framingham Heart Study, the Tuberculosis Study, and the Flu epidemic to many medical organizations and community groups. She will be relating her findings on the 1918 flu epidemic to the current crisis and Framingham State University. She is currently working with the Public Health Museum. Attendees are encouraged to engage in conversations after her presentation.

The Coffee and Conversations monthly series creates a forum for fellowship amongst FSC/FSU alumni and the larger community. Each session will showcase the accomplishments of one FSC/FSU alumni who will provide an overview of their work since graduating.

Virtual Employer Showcase Series, every Wednesday, on Zoom, 12:30-2:30pm, through 11/4/20.
The CSER Office traditional Wednesday Employer Showcase is currently a “virtual networking” platform, for hosting our Showcases on Zoom, through the end of the fall 2020 semester. As we are socially distancing and staying home, networking has never been more important. The Virtual Showcase gives students an opportunity to informally network with local employers who are hiring for full-time and/or internship opportunities, and also provides insight into the spotlighted company, offering advice on the trends in their market and industry.