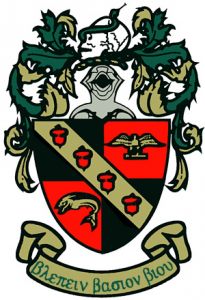 The Beta Beta Beta Biological Honor Society is a society for students, particularly for undergraduates. It seeks to encourage scholarly attainment in this field of learning by reserving its Regular membership for those who achieve superior academic records and who indicate special aptitude for and major interest in the life sciences. It desires to cultivate intellectual interest in the natural sciences and to promote better appreciation of the value of biological study, and thus welcomes into Associate membership all those students who are interested in biology. Beta Beta Beta also endeavors to extend the boundaries of our knowledge of nature by encouraging new discoveries through scientific investigation, and to this end encourages undergraduate students to begin research work and report their findings in the quarterly journal of the society, BIOS.

Since its founding in 1922, Beta Beta Beta has accepted more than 200,000 individuals into lifetime membership, and more than 626 chapters have been established throughout the United States and Puerto Rico.

Beta Beta Beta membership is by invitation only. Undergraduate Biology majors shall be eligible for Regular membership if they

Only Regular members may hold the constitutionally specified Chapter offices, vote on Chapter membership nominations and national questions, and represent the Chapter or vote at national conventions.

For more information on these and other Society awards, visit the Beta Beta Beta website.