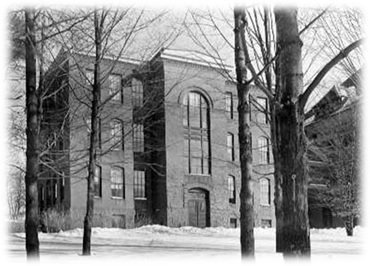 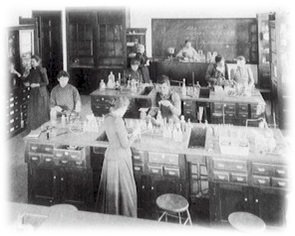 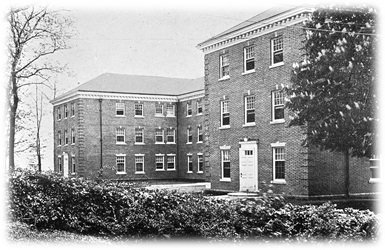 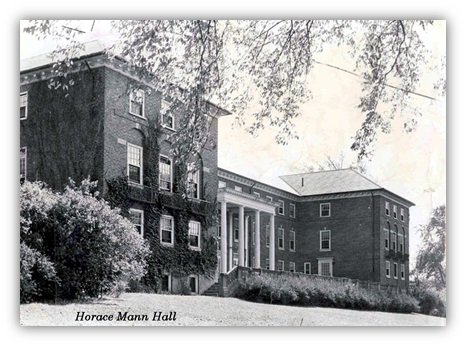 In 1937, Dwight Hall was opened. It was named after a wealthy benefactor, Edmund Dwight, who matched the states donation of $10,000, which allowed the original Normal Schools to open.

New courses were developed and evolved within the core programs to reflect the increasing professionalism and varied skills needed for degreed educators. In 1922, the first Bachelors of Science in Education were awarded. Also, during the early years of the Twentieth Century, co-curricular clubs and organizations formed, which included: the Glee Club; the Home Economics Club; the Fine Arts Club; the campus newspaper, The Gatepost; and the campus yearbook, The Dial. In addition, activities such as Senior Class Day, Senior Investiture, “Harvard-Yale” Weekend, May Day festivities, and Stunt Night (class skits) became popular.

In 1924, Ruth Graves graduated Framingham Normal School with a degree in Household Arts. She worked as a dietician and food lecturer, and in 1930, she opened the Toll House Inn in Whitman, Massachusetts, with her husband, Ken Wakefield, which became a great success. During the mid-1930s she experimented with different recipes for chocolate chip cookies, and by cutting up small chunks of baking chocolate she came up with the popular Toll House cookie. The chunks later became little morsels of chocolate, and to this day the recipe and the Toll House story are printed on the back of Nestlé chocolate chip packages.

In 1932, all of the Normal Schools in Massachusetts became State Teachers Colleges, and a new four-year undergraduate program became standard. The title of the head administrator of the College changed from principal to president. Francis Bagnall, who administered the College from 1930-1936, holds the distinction of having been both the Framingham Normal School’s 9th and last Principal, and the first President of Framingham State Teachers College. Dr. Martin F. O’Connor, President from 1936 to 1961, oversaw a new period of change at the College as it entered its second century. In 1939, the College celebrated the Centennial of its founding, for which Dr. O’Connor composed the Alma Mater, “Hymn to Framingham.” During World War II, the College provided more dietitians to the armed services than any other academic institution except for Iowa State. In 1949, the Household Arts Department changed its name to the Home Economics Department to reflect a broader academic application. 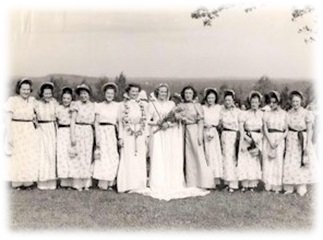 Also, in 1949, for the first time in the College’s history, married students were allowed to enroll. In 1953 the College celebrated the Centennial of its permanent home in Framingham. In 1956, the Division of Continuing Education was established. With the huge increase in students seeking higher education after World War II, a wider variety of programs became necessary for the continued success and popularity of the public colleges. In 1959, the Board of Education authorized all of the State Colleges to develop liberal arts curricula and to grant Bachelor of Arts degrees. In 1960, Framingham State Teachers College was renamed the State College at Framingham. The College initiated degree programs in English, history, biology, and medical technology. Masters of Education programs were offered as well.

A new phase of expansion got underway on campus during the administration of Dr. D. Justin McCarthy, President from 1961 to 1985. Within a decade-and-a-half, classroom, administration and dormitory space significantly increased with the constructions of O’Connor, Hemenway (which replaced Wells Hall), Larned, Linsley, and Foster Halls, Corinne Hall Towers, the Henry Whittemore Library, and the D. Justin McCarthy College Center. The Ecumenical and Cultural Center was purchased. Overall, the campus had expanded to its present 73 acres.

In 1964, after 125 years as a female-only College, the State College at Framingham became coeducational with the admittance of the first class of thirteen men. In 1968, the official name became Framingham State College. 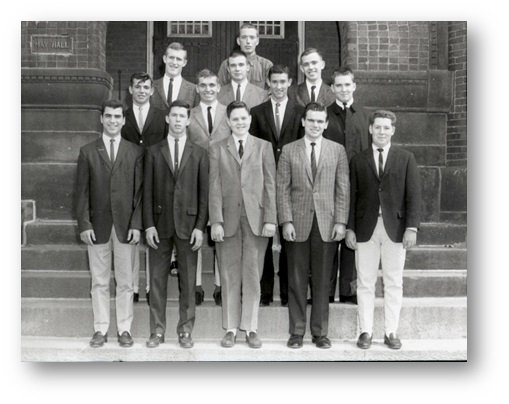 One of the notable alumnae during this time was Sharon Christa Corrigan, later Christa McAuliffe, who in 1970 earned a Bachelor’s degree in history. In 1985 she was selected to be the first teacher in space by the National Aeronautics and Space Administration (NASA), and was one of the Challenger crew when the space shuttle tragically exploded in 1986. 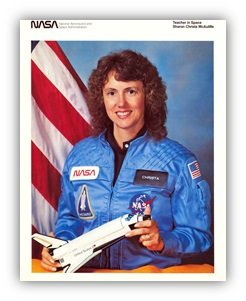 The College continued to grow and offered more and more academic programs in the succeeding decades. In addition to the traditional and distinctive Applied Studies programs of Teacher Education, and Consumer and Family Studies, many other academic programs were instituted. New programs included: business, the humanities, social sciences, natural sciences, communication arts, mathematics and advanced technology. The Graduate Degree programs grew as well, with Masters of Art, Education and Science offered in a variety of fields that included: counseling; psychology; health care administration; curriculum and instructional technology; art; history; English; food and nutrition.

Co-curricular activities continued to be important to the experience of the College’s students. In the 1970s, the Student Government Association formed to reflect the increasing responsibilities of decision-making by students on campus. Student clubs and cultural organizations contributed to the enrichment of the College community with a variety of activities and gatherings over the years. Before the late 1960s, College athletics had been played at an informal intramural level, usually organized around special events such as Field Day, Harvard-Yale, or Black and Gold Weekends. By 1968, the first basketball and soccer teams were organized for intercollegiate play. Today, men’s, women’s and co-ed teams as varied as football, basketball, equestrian, street hockey and cheerleading, among other sports, successfully compete at the NCAA Division III, intramural, and club sport levels. 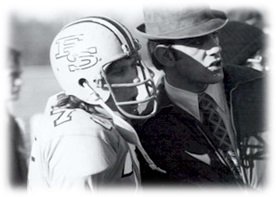 In 1989, Framingham State College celebrated the Sesquicentennial of its founding with a wide range of ceremonial and celebratory events. A history of the College, Pioneers in Education, was published. In 1999, Dr. Helen Heineman was appointed as the College’s 5th President (and fourteenth head administrator). She was the first woman and faculty member to become President of Framingham State College. 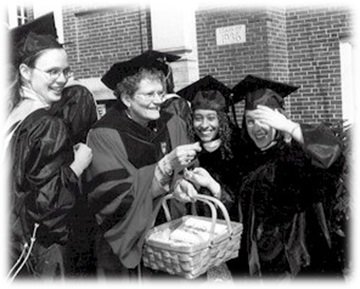 In 2000, the Ecumenical and Cultural Center reopened after a renovation, and in 2001 a new Athletic and Recreation Center opened on the south side of Dwight Hall. Starting in 2002, an innovative program was introduced to ensure all students had wireless laptop computers. This initiative not only enhanced the classroom experience but also took he College to the forefront of technological learning. In 2003, Framingham State College celebrated its 150th Anniversary in the Town of Framingham. 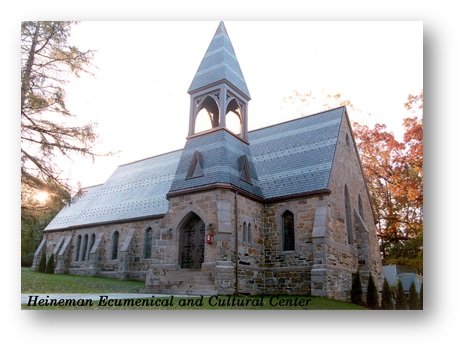 In 2006, in honor of Dr. Helen Heineman's retirement and her service to Framingham State College, the Ecumenical Center was renamed the Helen Heineman Ecumenical and Cultural Center. In addition, we welcomed Dr. Timothy Flanagan as the 6th President (fifteenth head administrator). Then, in October 2010, we became Framingham State University and in the Fall of 2011, North Hall Dormitory was opened to students.

The University’s proud and diverse traditions and history continue today. Its alumni have gone on to successful careers as teachers, business and community leaders, nutritionists, scientists, university presidents, politicians, media personalities, artists, screenwriters, and many other professions. Beginning with three students in 1839, the University today has approximately 6,100 students enrolled in a variety of degree programs designed to help them achieve their educational and career goals, as well as meet the needs of the Commonwealth of Massachusetts and the rest of the world. Framingham State University is currently celebrating our 175th anniversary. 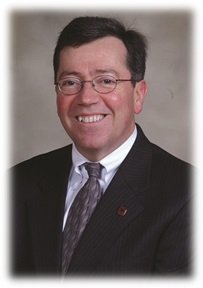